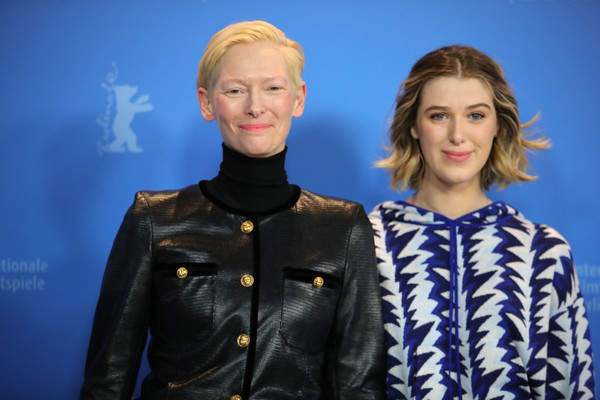 Tilda Swinton was promoting her new film “The Souvenir” with her daughter Honor Swinton-Byrne at the 69th “Berlinale International Film Festival” in Berlin. The film festival took place at Grand Hyatt Hotel on February 12th.

The Souvenir had it’s European premiere in Berlinale. Movie is a period drama directed by Joanna Hogg, movie features the mother-daughter acting duo of Tilda and her own daughter Honor Swinton-Byrne.

>> More images can be found at the photogallery, enjoy!