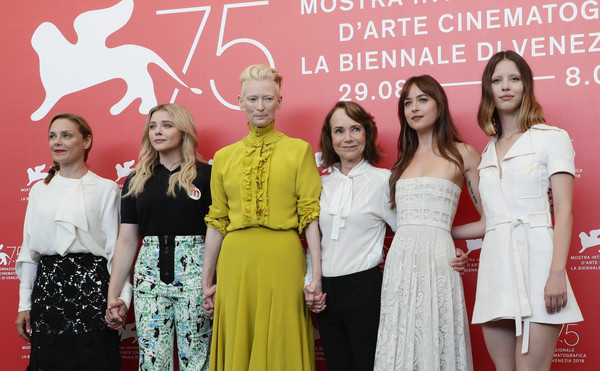 The 75th Venice International Film Festival is organised by La Biennale di Venezia, and took place at Venice Lido from August 29th to September 8th, 2018. The aim of the Festival is to raise awareness and promote international cinema in all its forms as art, entertainment and as an industry, in a spirit of freedom and dialogue. The Festival also organises retrospectives and tributes to major figures as a contribution towards a better understanding of the history of cinema.

Tilda was taking part in the film festival with cast of Suspiria. More pictures can be found at the gallery.